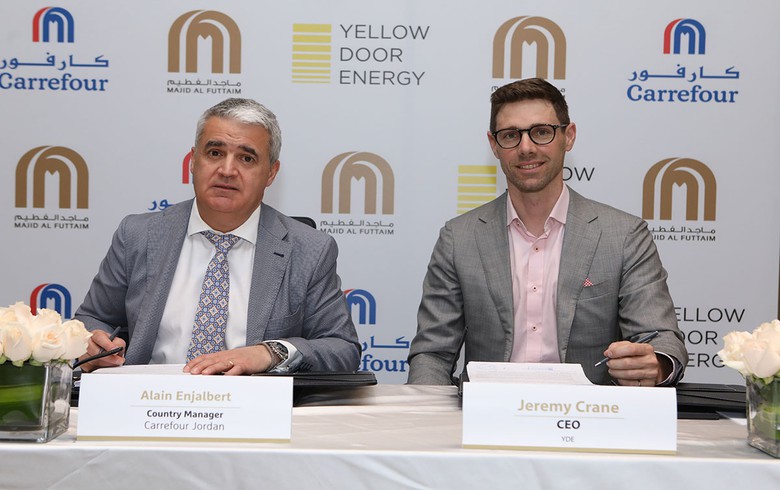 Majid Al Futtaim, the exclusive Carrefour franchisee in 37 countries across the Middle East, Africa, and Asia, awarded the build-own-operate-transfer (BOOT) wheeling agreement to Yellow Door. In the first year of operation, it is to supply 29 GWh of solar power, or enough to cover 100% of the retailer’s electricity demand for stores in Amman, Zarqa, Madaba and Al-Sal.

Yellow Door will invest in, design, construct, commission, operate and maintain the photovoltaic (PV) power plant of about 300,000 panels. It will be up and running by the spring of 2020, the solar company said on Sunday.

Carrefour first opened in Jordan in 2006. Now it has 34 stores there. Majid Al Futtaim’s solar deal comes to support its Net Positive strategy, under which the company aims to overcompensate its water consumption and carbon emissions and have a positive corporate footprint by 2040.