US renewables are adding 2,250-MW of new generating capacity each month 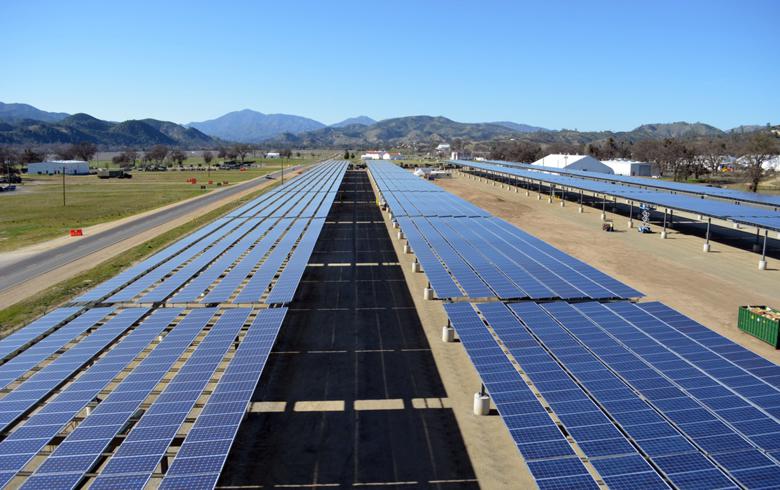 January 4 (Renewables Now) - According to a review by the SUN DAY Campaign of data recently released by the Federal Energy Regulatory Commission (FERC) and the US Energy Information Administration (EIA), solar, wind and other renewable energy sources (i.e., biomass, geothermal, hydropower) are now adding more than 2,250 MW of new generating capacity each month. For perspective, that is more than the planned generating capacity (2,200-MW) of the two reactors at the Vogtle nuclear plant in Georgia that have been under construction since 2013 and for which there is still no certain completion date. [1]

According to the latest issue of FERC's "Energy Infrastructure Update" (with data through October 31, 2021), utility-scale (i.e., >1-MW) renewable facilities added 18,255-MW of new generating capacity during the first 10 months of 2021 or an average of 1,826-MW per month. Separately, in its latest "Short-Term Energy Outlook," EIA forecasts that small-scale (i.e., <1-MW), distributed (e.g., rooftop) solar will grow by about 5,100-MW in 2021 - or about 425-MW per month. Thus, utility-scale renewables plus distributed solar are now providing - on average - over 2,250-MW of new capacity each month.

Solar and wind dominated new US electrical generating capacity additions during the first 10 months of 2021 adding 9,604-MW and 8,580-MW respectively. Including new hydropower (28-MW), geothermal (25-MW) and biomass (18-MW), renewables provided 83.6% of all new generating capacity through the end of October. New renewable capacity was more than five times greater than that of natural gas (3,549-MW). There was no new nuclear capacity added in 2021 while new oil and coal capacity increased by just 19-MW and 11-MW respectively.

That growth is almost entirely attributable to a nearly three-fold increase in wind's share of installed generating capacity and a 35-fold increase in solar's share. Wind is now more than a tenth (10.54%) of the nation's generating capacity (up from 3.80% in October 2011) while utility-scale solar has surpassed five percent (5.21%) - up from 0.15% in October 2011 ... and that does not include small-scale distributed solar. [3]

The increase in solar and wind capacity is manifesting itself in ever-higher levels of electrical generation by those sources. According to the latest issue of EIA's "Electric Power Monthly" report (with data through October 31, 2021), utility-scale solar and wind generation during the first 10 months of 2021 increased by 27.9% and 11.1% respectively compared to the same period in 2020. Wind now accounts for 8.64% of US electrical production while solar - including small-scale - is providing 4.08%.

In addition, FERC data suggest that the share of generating capacity from solar and wind is on track to increase significantly over the next three years (i.e., by October 2024). FERC notes that there may be as much as 170,941-MW of new solar capacity in the pipeline with 52,692-MW classified as "high probability additions" offset by only 92-MW of projected "retirements." Just a year ago, FERC reported 128,001-MW of solar in the three-year pipeline with 32,784-MW classified as "high probability." In addition, new wind capacity by October 2024 could total 71,929-MW with 23,180-MW being "high probability" and only 150-MW of retirements expected.

“High probability” generation capacity additions for utility-scale solar and wind combined, minus anticipated retirements, reflect a projected net increase of 75,630-MW, or over 2,100-MW per month. Again, that figure does not include new distributed, small-scale solar capacity or additions by hydropower, geothermal and biomass. By comparison, net growth for natural gas will be only 14,327-MW. Thus, solar and wind together are forecast to provide more than five times as much new net generating capacity as natural gas over the next three years ... not to mention over 50 times as much net new capacity as nuclear power (just 1,377-MW).

If just FERC's latest "high probability" projections materialise, by October 2024, renewable energy sources should provide over 30 percent (30.13%) of the nation's total available installed generating capacity with utility-scale solar and wind accounting for 9.00% and 11.81% respectively, or more than 20% combined.

"The breath-taking pace at which solar and wind are adding new capacity explains why renewable sources combined have eclipsed the generating capacity of nuclear power and surpassed that of coal as well as whittled down the lead of natural gas," noted Ken Bossong, Executive Director of the SUN DAY Campaign. "Conservatively, over the next three years, renewables should expand from about a quarter of the nation's generating capacity today to at least thirty percent and probably more."

[1] For a general history of the Vogtle nuclear plant and the construction schedule for units 3 and 4, see: https://en.wikipedia.org/wiki/Vogtle_Electric_Generating_Plant

[2] Capacity is not the same as actual generation. Capacity factors for nuclear power and fossil fuels tend to be higher than those for most renewables. Thus, during the first ten months of 2021, the U.S. Energy Information Administration (EIA) reported that renewables accounted for 20.54% of the nation's total electrical generation - that is, somewhat less than what FERC reported was their share (25.47%) of installed generating capacity for the same period.

According to the EIA, the capacity factor of utility-scale solar PV over the past five years (2016 - 2020) has averaged 25% (while capacity factors for solar thermal and distributed solar PV systems are a bit lower). In contrast, nuclear power's capacity factor has been 92% or more. Thus, very roughly, four times as much solar capacity would be needed to generate the same amount of electricity as nuclear power. (For context, EIA also reports that the five-year average capacity factors for geothermal, biomass, hydropower, and wind are 72.9%, 60.0%, 41.2%, and 34.7%, respectively.) See: https://www.eia.gov/electricity/monthly/epm_table_grapher.php?t=table_6_07_b

[3] FERC generally only reports data for utility-scale facilities (i.e., those rated 1-MW or greater) and therefore its data do not reflect the capacity of distributed renewables, notably rooftop solar PV which - according to the EIA - accounts for about 30% of the nation's electrical generation by solar. That would suggest that the total of distributed and utility-scale solar capacity combined is significantly more than the solar capacity of 5.21% reported by FERC -- i.e., closer to 7.5%.

FERC's 6-page "Energy Infrastructure Update for October 2021" was released on December 20, 2021 and can be found at: https://cms.ferc.gov/media/energy-infrastructure-update-october-2021. For the information cited in this update, see the tables entitled "New Generation In-Service (New Build and Expansion)," "Total Available Installed Generating Capacity," and "Generation Capacity Additions and Retirements." FERC notes that its data are derived from Velocity Suite, ABB Inc. and The C Three Group LLC. and adds the caveat that "the data may be subject to update."

FERC's "Energy Infrastructure Update for October 2020" report can be found at: https://cms.ferc.gov/media/energy-infrastructure-update-october-2020

FERC's "Energy Infrastructure Update for October 2016" report can be found at: https://www.ferc.gov/sites/default/files/2020-05/oct-energy-infrastructure_2.pdf

FERC's "Energy Infrastructure Update for October 2011" report can be found at: https://www.ferc.gov/sites/default/files/2020-05/10-11-energy-infrastructure.pdf

EIA's most recent "Short-Term Energy Outlook" was released on December 7, 2021. For EIA's 2021 and 2022 forecasts for small-scale solar, see: https://www.eia.gov/outlooks/steo/report/electricity.php

The SUN DAY Campaign is a non-profit research and educational organisation founded in 1992 to support a rapid transition to 100% reliance on sustainable energy technologies as a cost-effective alternative to nuclear power and fossil fuels and as a solution to climate change.