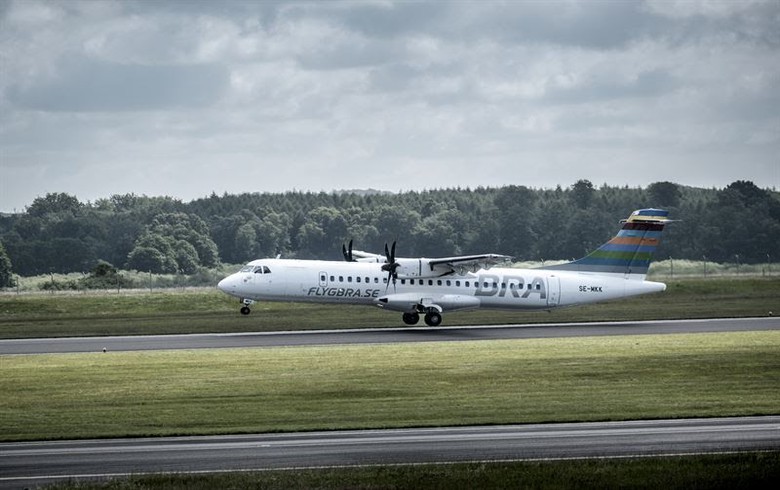 June 21 (Renewables Now) - The first flight of a commercial regional aircraft powered with 100% sustainable aviation fuel (SAF) has taken place today in Sweden, the companies behind the initiative said.

It is a collaboration between regional aircraft manufacturer ATR, Swedish airline Braathens Regional Airlines and SAF supplier Neste Oyj (HEL:NESTE) and is part of the 100% SAF certification process of ATR aircraft that began last year and is expected to be completed by 2025.

The process has seen a number of ground and flight tests on the ATR 72-600 prototype plane, including flights with 100% SAF in one engine. For the first time with 100% SAF in two engines, the Braathens’ aircraft now travelled from Malmo to Bromma near Stockholm for around 1 hour and 20 minutes.

SAF is expected to play an essential role in aviation’s decarbonisation. When used in neat form, Neste MY Sustainable Aviation Fuel reduces greenhouse gas emissions over its life cycle by up to 80% compared to fossil jet fuel use, the manufacturer says.

“The flight represents a true milestone for the entire aviation industry as it shows that this technology works and can be promptly adopted by many in our industry to speed up the transition to low-emission aviation,” commented ATR chief executive Stefano Bortoli.