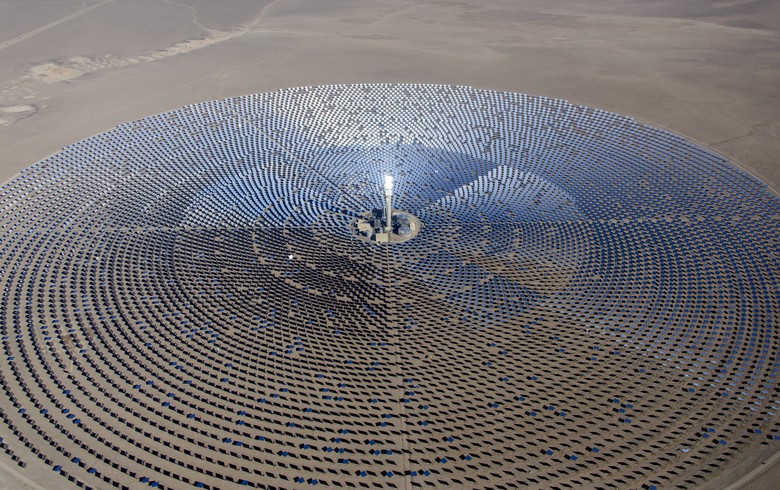 April 17 (Renewables Now) - California-based company SolarReserve LLC has dropped plans for the construction of what was expected to be the world's largest concentrating solar power (CSP) complex, Bloomberg reports.

Citing information from the Bureau of Land Management (BLM), the agency said that the solar thermal power specialist has withdrawn its federal permit application for the up to 2-GW Sandstone project, which was to be developed on public land in the Nevada desert. The reasons for the decision have not been announced. According to BLM spokesman Derrick Henry, the application has been withdrawn at the end of January.

The Sandstone project, an investment of about USD 5 billion (EUR 4.4bn), was planned to include up to 10 solar thermal towers, each with a capacity of 150 MW-200 MW. When announcing plans for the scheme back in 2016, SolarReseve said it would use molten salt for energy storage at each site. The complex was expected to generate 7 million MWh of electricity annually and have 20,000 MWh of storage capacity.

Earlier this month, SolarReserve said it has failed to secure in time funds for its 150-MW Aurora CSP project near Port Augusta, South Australia. It now plans to sell it to a third party.