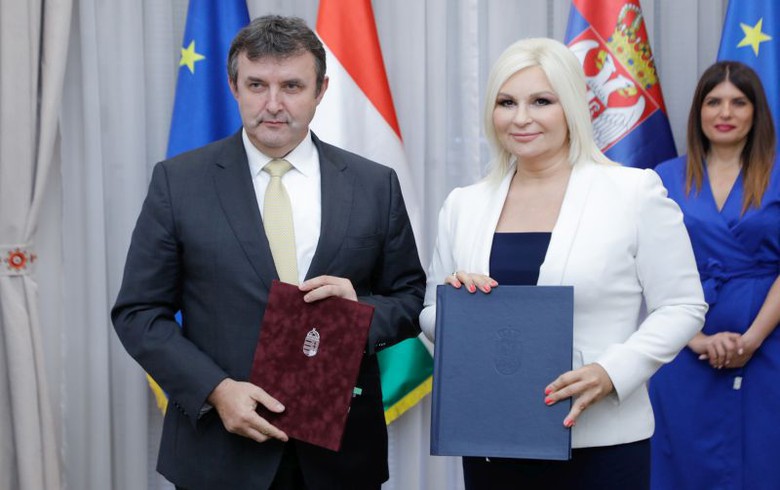 BELGRADE (Serbia), July 25 (SeeNews) - Serbia and Hungary signed a memorandum of understanding (MoU) to cooperate in the production, storage and transport of hydrogen, the Serbian government said on Monday.

The MoU sets the basis of exchange of documens in this area and talks on potential joint projects, the government said in a statement after Serbian energy minister Zorana Mihajlovic and Hungary’s industry minister Laszlo Palkovic signed the document.

Serbia targets at least 49.6% share of renewable energy sources in its gross final energy consumption by 2040 and a decarbonized economy in 2050, according to a plan published on the energy ministry website in February.

The share of renewable energy sources (RES) in Serbia's yearly energy output rose to 26.3% in 2020, up by 4.86 percentage points from the year prior, but short of the 27% target set in the national renewable energy action plan, according to Eurostat data.