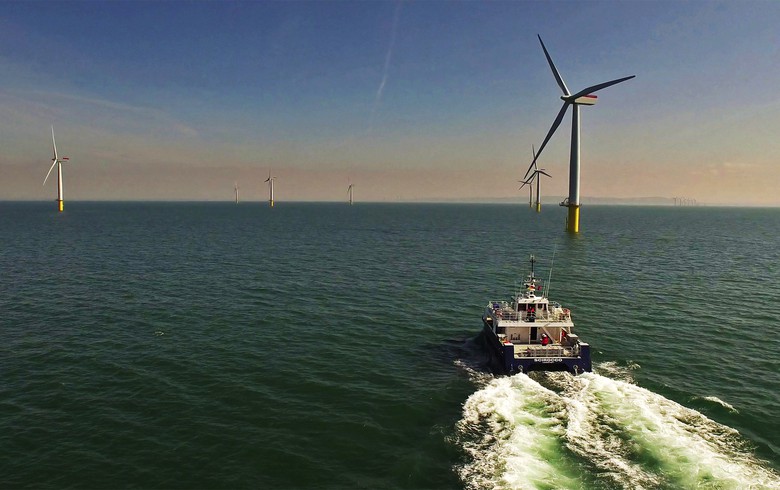 December 17 (Renewables Now) - RWE AG (ETR:RWE) has significantly reduced the number of turbines at the Awel y Mor project, an extension to the 576-MW Gwynt y Mor wind farm off the coast of North Wales, to address visual impact concerns raised during public consultation in the autumn.

In 2020, the Crown Estate awarded seabed rights for the proposed extension to add up to 576 MW of capacity to the existing wind park.

The German energy group, which is leading Awel y Mor development, said on Thursday, that taking into account the consultation feedback it has adjusted the project. The offshore array area has been reduced 26% from the original project design in 2020 and the maximum number of turbines has been cut to between 35 and 50 from 91. The final number will be determined based on the size of turbines available closer to construction and they are still expected to generate enough power to meet the annual needs of up to about 500,000 homes, RWE added.

Following the six-week autumn consultation on the scheme, RWE has also changed its proposals in order to reduce disruptions for Rhyl Golf Club, which is seen as an important community asset.