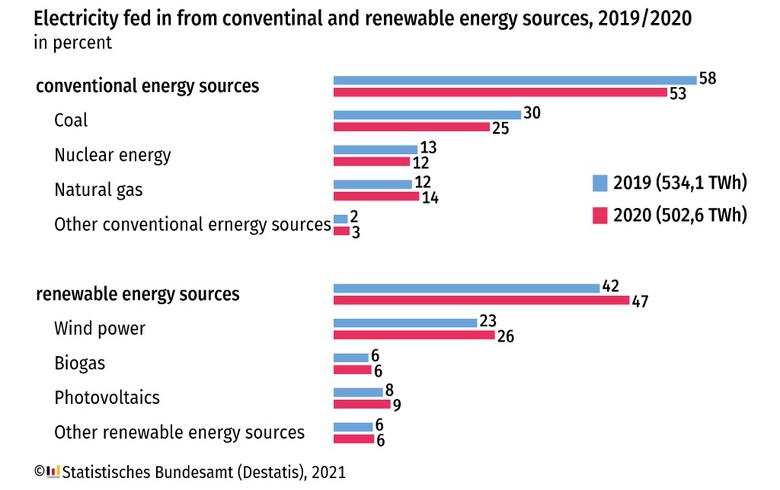 According to data released on Friday by the country’s Federal Statistical Office (Destatis), the share of renewable electricity that was fed into the national power grid in the past year reached a record-high level. The share of wind power alone rose to 25.6% and thus outstripped the one of coal, which was down to 25% from 30% a year earlier. The contribution of solar photovoltaic (PV) generation also climbed, with its share rising from 8% to 9%.

Overall, the uptake in renewable power output came in spite of the 5.9% year-on-year drop in Germany’s total power generation in 2020, which stood at 502.6 billion kWh. The lower supplies to the grid came as a result of the decreased demand for electricity during the lockdown aimed at curbing the COVID-19 pandemic in the spring of 2020.

With a 53% share, conventional generation continued to bring the largest share of Germany’s power in 2020. The shares of nuclear energy and natural gas were 12% and 14%, respectively.

Shell wraps up acquisition of US renewable power retailer Inspire