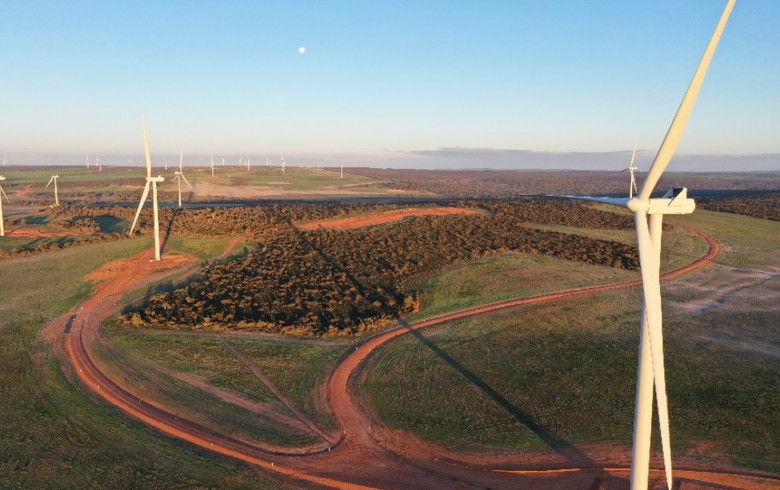 Combined, they accounted for nearly two-thirds (64.1%) of the 16,886 MW of new utility-scale capacity added during the first three quarters of this year.

FERC's latest monthly "Energy Infrastructure Update" report (with data through September 30, 2020) also reveals that natural gas accounted for 35.8% (6,039 MW) of the total, with very small contributions by coal (20 MW) and "other" sources (5 MW) providing the balance. There have been no new capacity additions by nuclear power, oil, or geothermal energy since the beginning of the year.

In addition, FERC data suggest that renewables’ share of generating capacity is on track to increase significantly over the next three years (i.e., by September 2023).  “High probability” generation capacity additions for wind, minus anticipated retirements, reflect a projected net increase of 27,324 MW while solar is foreseen growing by even more - 32,801 MW. By comparison, net growth for natural gas will be only 20,872 MW. Thus, wind and solar combined are forecast to provide nearly three times as much new generating capacity as natural gas over the next three years.

While hydropower, geothermal, and biomass also are all projected to experience net growth (1,030 MW, 178 MW, and 116 MW respectively), the generating capacities of coal and oil are projected to plummet - by 22,346 MW and 5,023 MW respectively. In fact, FERC reports no new coal capacity in the pipeline over the next three years and just 6 MW of new oil-based capacity. Nuclear power is likewise forecast to drop sharply - by 4,990 MW, or nearly 5% of its currently operating capacity.

In total, the mix of all renewables will add more than 61,400 MW of net new generating capacity to the nation’s total by September 2023 while the net new capacity from natural gas, coal, oil, and nuclear power combined will actually drop by almost 11,500 MW.

In fact, renewables’ share could - and probably will - be even higher. Over the past 20 months, FERC has been regularly increasing its renewable energy projections in the monthly “Infrastructure” reports. FERC's first such projection - provided in its March 2019 report - forecast the addition of 24,560 MW of wind and 12,048 MW of solar during the ensuing three years. In its most recent report, those forecasts had grown to 27,324 MW of new wind capacity and 32,801 MW of new solar over the next three years.

"There is no longer any doubt that renewable energy sources are already replacing coal, oil, and nuclear power while nipping at the heels of natural gas," noted Ken Bossong, Executive Director of the SUN DAY Campaign. "In light of campaign promises made by President-elect Biden, this trend should not only continue but greatly accelerate in the year(s) to come."

[1] Capacity is not the same as actual generation. Capacity factors for nuclear power and fossil fuels tend to be higher than those for most renewables. For example, for calendar year 2019, the US Energy Information Administration (EIA) reported that renewables accounted for 18.2% of the nation's total electrical generation - that is, somewhat less than was their share of installed generating capacity (22.1%) for the same period. Conversely, coal's share of generating capacity in 2019 was 20.9% while its share of electrical generation was 23.3%.

[2] FERC generally only reports data for utility-scale facilities (i.e., those rated 1-MW or greater) and therefore its data do not reflect the capacity of distributed renewables, notably rooftop solar PV which - according to the EIA - accounts for nearly a third of the nation's electrical generation by solar. That would suggest that the total of distributed and utility-scale solar capacity combined may be as much as 50% higher than the solar capacity of 4.1% reported by FERC -- i.e., closer to 6%.

FERC's 7-page "Energy Infrastructure Update for September 2020" was released on November 18, 2020. It can be found at https://www.ferc.gov; open the link "Industries and Data," then follow to "FERC Staff Reports and Papers," and then to "Energy Infrastructure." For the information cited in this update, see the tables entitled "New Generation In-Service (New Build and Expansion)," "Total Available Installed Generating Capacity," and "Generation Capacity Additions and Retirements."

The US Energy Information Administration issued its "Electric Power Monthly" report for calendar year 2019 on February 26, 2020. The data cited in that update can be found at, or extrapolated from:
https://www.eia.gov/electricity/monthly/epm_table_grapher.php?t=epmt_es1b
https://www.eia.gov/electricity/monthly/epm_table_grapher.php?t=epmt_es1a

The SUN DAY Campaign is a non-profit research and educational organisation founded in 1992 to support a rapid transition to 100% reliance on sustainable energy technologies as a cost-effective alternative to nuclear power and fossil fuels and as a solution to climate change.