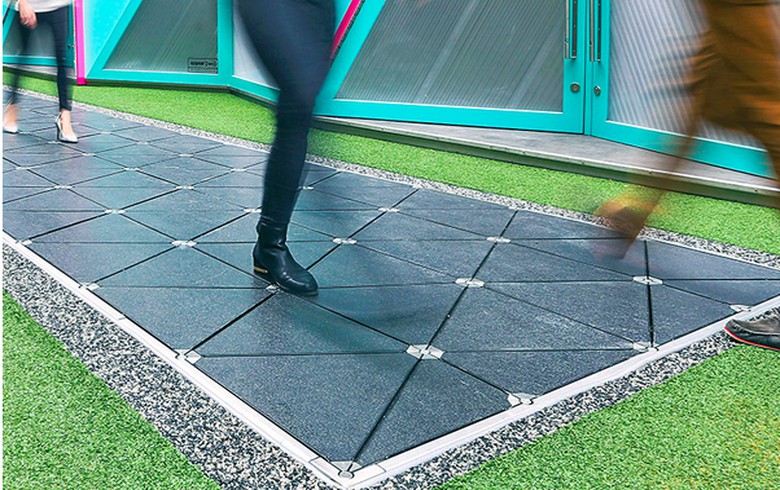 May 28 (Renewables Now) - Pavegen, the UK company converting footsteps into electricity and data, today announced an investment from Hinduja Group and the start of a crowdfunding campaign targeting to raise GBP 5 million (USD 6.3m/EUR 5.7m).

The proceeds will allow the company to increase its production volumes while reducing the cost of manufacturing and to bring its product to more locations in Asia, North America, and the Middle East.

The company has so far completed 200 projects in 36 countries, including at smart city developments, retail destinations, transport hubs, and educational institutions in Hong Kong, India, Korea, Thailand, the UAE, the UK, and the US. In 2018 it booked revenues of GBP 1.78 million. So far in 2019, it has closed contracts for installations at a major airport, a Middle Eastern medical facility and a smart city project in Hong Kong.

“It’s an exciting time for Pavegen with new projects in airports, retail sites and smart city developments in Asia, the Middle East, and North America. We believe the Hinduja team will be able to play a key role in enabling the Pavegen team to rapidly bring their ambitious vision to life,” said Shom Hinduja, head of Alternative Energy and Sustainability Initiatives at Hinduja. Partnering with the Indian conglomerate, Pavegen will get access to fast-growing markets in India and South East Asia. The company did not disclose the size of Hinduja’s investment but said it served as the cornerstone of the new crowdfunding campaign on Crowdcube.