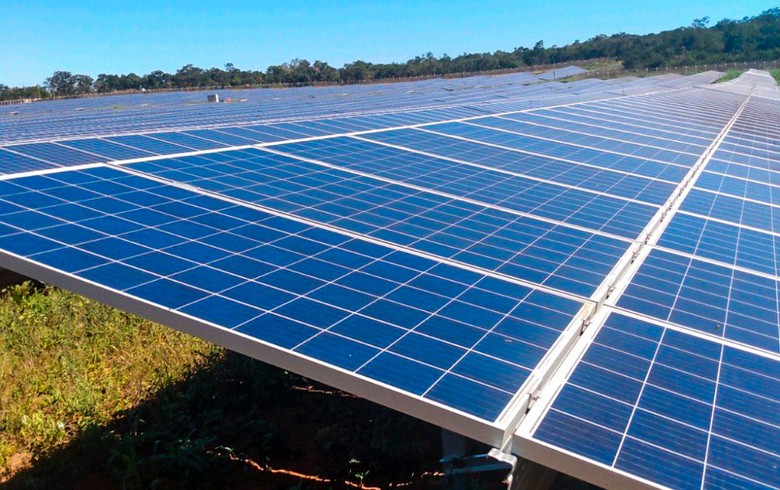 January 20 (Renewables Now) - Brazil, the world’s second-largest producer of hydroelectric power, has an energy problem. While hydropower accounted for 70% of the country’s electricity generation in 2018, its primary source of renewable power is becoming less effective than it once was. Brazil needs to urgently diversify its energy mix to counter the power outages that are becoming a feature of daily life.

Many of Brazil’s hydro plants in the Amazon River basin are ‘run-of-the-river’, where electricity output is susceptible to rainfall levels and hydrological variation. As a result, droughts and reduced rainfall levels are threatening security of supply. In an attempt to mitigate power outages, gas-fired thermoelectric plants have been built as dispatchable back-up.

Another issue is that due to their reliance on specific geographical features, the hydro plants are fundamentally in the wrong place. While many of Brazil’s hydroelectric plants are located in the north of the country, most demand is on the south-east coast. Large distances between sources of supply and demand regions create reliability challenges.

Furthermore, many of Brazil’s older hydroelectric power stations, constructed in the 1960s and 1970s, now need major investment to modernise. And plans to add generation capacity by building new ‘mega dams’ have been severely criticised by environmentalists, as they can submerge landmasses and threaten river ecosystems, water quality and biodiversity.

Latin America’s largest economy was already in a fragile state when the global pandemic added to its list of woes. However, despite being hit by a wave of corporate bankruptcies and soaring government debt, Brazil’s economy is predicted to shrink by only 5%-6% in 2020; somewhat less of a contraction than has been forecast for many other economies.

Investment is widely recognised as a recipe to reawaken economic growth and, post-pandemic, Brazil can boost its economy by enabling investment in green energy infrastructure. As well as having an urgent need to replace its ageing hydroelectric stations, there is a growing market for clean, predictably priced power. There are signs that the government is shaping its reforms to encourage private inward investment in renewable energy projects.

While energy demand is growing, the government recognises that it cannot build a strong economy without investing in reliable infrastructure, and for that it needs outside help.

Prior to Covid-19, inflation in the country was running at just under 4%. While forecasts suggest that inflation will hold steady over the coming months, many businesses are concerned about pricing volatility in the energy markets. Buying energy ranks as one of the top expenses for most businesses, so being able to lock-in to long-term fixed-price energy deals is an attractive proposition at times of price instability. Solar energy can answer this need. Increasingly, businesses are looking to use power purchase agreements (PPAs) to buy renewable energy and benefit from predictable pricing over 10- or 15-year terms.

Brazil’s administration is pushing ahead with economic reforms. There are moves to liberalise and deregulate markets as well as to reduce bureaucracy. Indeed, the government has announced its tax reform plan, which is aimed at simplifying what is widely recognised as one of the world’s most complex tax systems.

IRENA and the Latin American Energy Organization (OLADE) announced they will boost ties to put the renewables-driven energy transformation at the heart of Latin America’s economic recovery following the COVID-19 outbreak. IRENA’s recent ‘Future of Solar Photovoltaic’ report highlighted that the region’s solar energy capacity alone could grow by a factor of 40 by 2050 to more than 280 GW, thanks to an abundant resource endowment and strong enabling policies.

In a further pro-business boost to the solar market, Brazil’s administration has also scrapped import duties on foreign-manufactured solar equipment – a move designed to encourage inward investment. Previously, solar modules were taxed at 12% and inverters at 14%.

For UK businesses investing in Brazil, the removal of import duty makes it feasible to specify systems where the financial value of UK-manufactured parts and professional fees comprise at least 20% of the total project cost. Under these circumstances, projects qualify for debt finance covered by sovereign guarantee, which can reduce the overall cost of finance.

With huge expanses of land in Piaui and high levels of insolation, Brazil’s geography is just as well suited to solar PV as it is to hydropower. In addition, the grid infrastructure is already in place in this region to accommodate growth in solar parks. With an abundance of sunshine and falling river levels, many see solar PV as the natural successor to hydroelectricity.

Introducing new policies to support the green bounce will create jobs in clean energy and boost the wider economy by providing Brazil’s businesses with reliable, inflation-proof power. The financial returns from high-yielding solar parks in Brazil are already an attractive proposition for investors. Strong supporting policies for green energy will ensure that key financial centres like the City of London will continue to back Brazil’s green energy resurgence.

Steag to build 17-MWp solar park in Italy for KGAL

About the author
Jamie MacDonald-Murray