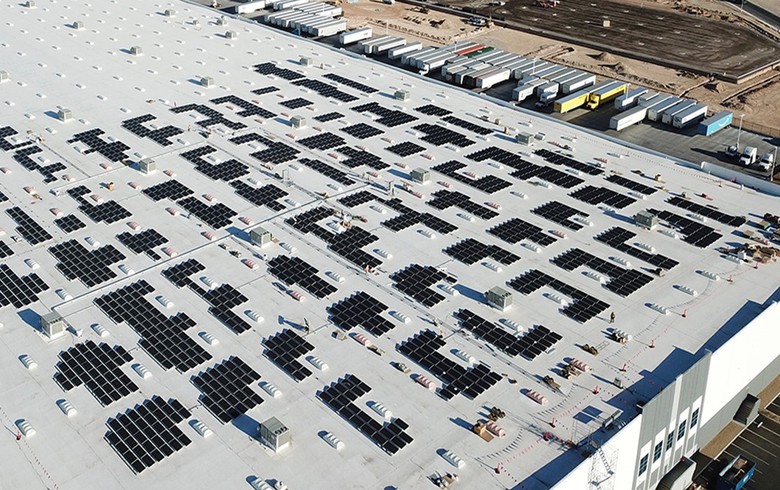 April 19 (Renewables Now) - More than 6,560 Amazon.com Inc (NASDAQ:AMZN) employees have signed an open letter to CEO Jeff Bezos and the company’s board of directors urging them to prioritise climate action plans that would cover not only all of the company’s businesses, but also the supply chain.

The letter, published last Wednesday, describes in bullet points Amazon’s lack of initiatives to really address climate change and pollution generated by the company’s operations. The employees are disappointed that Amazon has failed to disclose a zero-emissions plan with a timetable consistent with science and the IPCC report, and to set a date for reaching 100% renewable energy. They point out that the company’s rate of growth has to be taken into account when setting climate targets. In addition, they are asking Amazon to sever business relationships with the fossil fuel industry and stop donating to congress members who vote against climate legislation.

The employee climate movement originated from internal discussions on Amazon’s mailing groups, later evolving into an informal coalition called Amazon Employees for Climate Justice, according to reports by Vox.com and Fast Company. Last year, a small group of employee stockholders decided to submit a climate resolution plan to a vote at the annual shareholder meeting which will take place in May 2019. The recent open letter calls for that plan’s adoption.

Amazon has repeatedly expressed a long-term commitment to power its cloud-computing division with 100% renewable energy since first announcing this goal in November 2014. However, that plan is open-ended with no fixed goals and timelines.

The only publicly stated target that appears on the sustainability pages of the official website mentions the installation of solar power systems at 50 fulfilment facilities by 2020. The open letter signatories say that is not enough as it would only cover 6% of more than 850 warehouse buildings Amazon has worldwide. By December 2018, the online retailer had rooftop solar installations totalling more than 70 MW at 43 fulfilment buildings.

Since 2014, Amazon has made a number of investments in solar and wind farms in the US. It recently said it had enabled 53 wind and solar projects worldwide, with a combined capacity of more than a gigawatt. Several large wind and solar farms in Virginia, Indiana, North Carolina and Ohio, were built by the end of 2017, but Amazon made no new project announcements in 2017 and 2018. It was only this April that it announced it would be purchasing the output of three new wind farms totalling over 229 MW in Ireland, Sweden and the US to support its still unclear sustainability targets. These wind farms will bring its renewable power output to 2.7 TWh annually, the company calculates.

The lack of much activity on the renewable energy front in the last two years prompted Amazon’s climate-conscious employees to start banding together, while outside the company it became a subject of some damning reports.

In February, Greenpeace published the “Clicking Clean Virginia – The Dirty Energy Powering Data Center Alley” report, accusing Amazon of neglecting its clean energy commitments. The report focuses on the electricity demand of cloud computing companies grouped in a cluster called Data Center Alley in Virginia. According to Greenpeace, Amazon Web Services' (AWS) data centres in operation and under construction require close to 1.7 GW of power in the state. It is estimated that AWS' current renewable energy use is just 12%.

Virginia is primarily a regulated electricity market, which means customers have limited choice in what type of power they purchase and from whom. Greenpeace explains that the energy mix of commercial customers, including data centres, is that of their local utility. Dominion Energy, the primary provider for Data Center Alley, sources only 4% of its electricity from renewables and it has used the rise in electricity demand from data centres in Virginia to justify the construction of a USD-7-billion new fracked gas pipeline.

Since 2017, AWS has expanded its operations in Virginia by 59% without adding new renewable energy capacity, and in the process it has become the biggest driver of electricity demand growth in Data Center Alley, Greenpeace says. In addition, Virginia is chosen to be the home of Amazon’s second headquarters in the US.

Sometime after the Greenpeace report, tech website Gizmodo revealed that Amazon has also been actively working to win over as clients the world’s largest oil and gas companies since at least 2017. Gizmodo said it had viewed several documents detailing Amazon’s pitches and strategies to offer oil, gas and coal businesses the best technology AWS can provide to optimise the exploration and extraction of fossil fuels. The AWS’ own website shows countless pages of case studies, blog posts and solutions, such as machine learning, big data tools, internet-of-things and automation, which can support the operations of companies in the fossil fuel sector. So it appears that AWS is selling its fossil fuel-powered cloud services to the fossil fuel industry to help it successfully dig out more fossil fuels, part of which will come back to power the ever-growing data centres.

Amazon’s employees listed in their shareholder proposal several extreme weather events that directly impacted the company’s operations and infrastructure and pointed out that "Amazon is not a mere victim of climate change—its operations contribute significantly to the problem." They call on the firm to follow its leadership principle on “Ownership” to consider long-term climate risks.