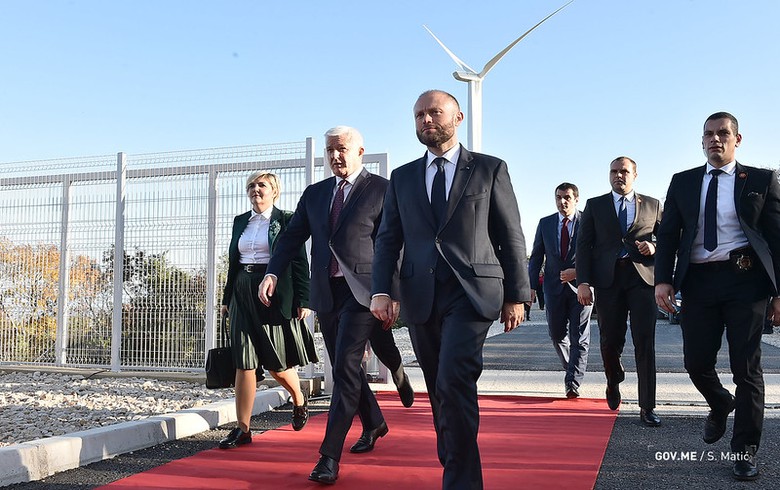 "The National Council for the Fight against High-Level Corruption attaches priority importance to the investigation and resolution of this case, and will soon start talks with the competent authorities in Malta regarding this case," Abazovic told Net TV Malta on Sunday, as quoted in a Montenegrin government statement.

In June, Times of Malta reported that Yorgen Fenech, a suspect in the murder of Maltese investigative journalist Daphne Caruana Galizia, had made a 4.6 million euro ($5.5 million) profit through his company 17 Black from the acquisition of shares in Mozura by Enemalta.

The Maltese company agreed to buy shares in Mozura for 10.3 million euro from Seychelles-registered company Cifidex in December 2015. Two weeks earlier, Cifidex had bought the shares for 2.9 million euro from Fersa Renovables, a Spanish consortium holding a concession to run the wind farm. Evidence shows Cifidex funded the share purchase through a 3 million euro payment transferred by 17 Black to the company in late November 2015, the paper reported. By June 2016, Cifidex had sent back to 17 Black the 3 million euro plus an additional 4.6 million euro at least, three sources with access to 17 Black’s banking records in Dubai confirmed for Times of Malta.

Enemalta inaugurated the 46 MW Mozura wind farm in Montenegro's Ulcinj municipality in November 2019 in the presence of former Maltese prime minister Joseph Muscat and his Montenegrin counterpart Dusko Markovic. This was Muscat's last official visit abroad before he resigned under pressure from street protests urging him to step down because of the assassination of Galizia.