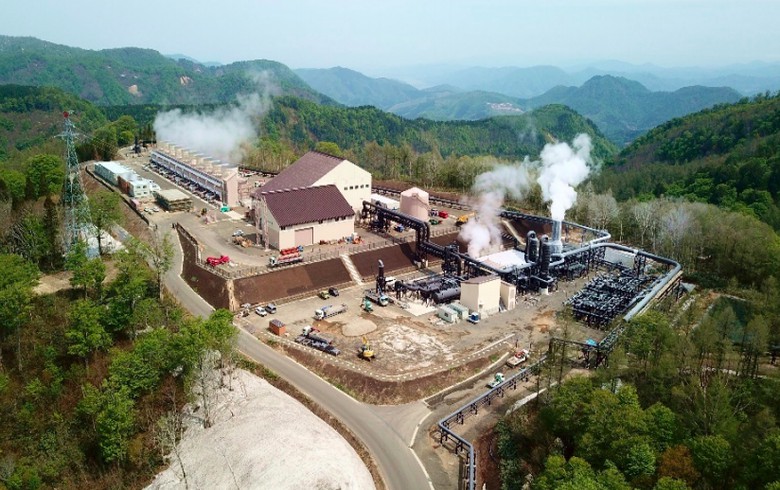 Construction work on this project began in May 2015. It was supported by Japan Oil, Gas and Metals National Corporation, which provided debt guarantee for geothermal resource development funding.

J-Power noted that no new large-scale geothermal power plants with capacities above 10 MW have been built over the past 23 years in Japan.