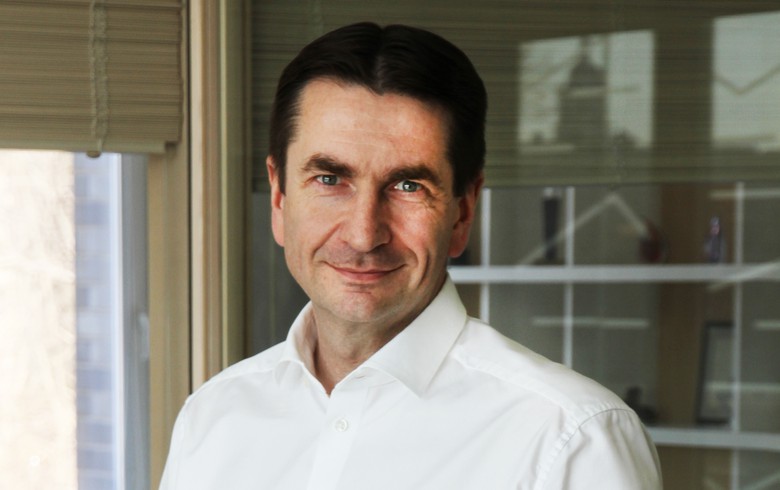 February 20 (Renewables Now) - Lithuania’s Lietuvos Energija (Lithuanian Energy, LE), a state-owned energy company, has been off to a robust new year with its eyes set first on enhancing its foothold in the wind power sector and, specifically, making a breakthrough in offshore wind at home, where projects are stalling.

As LE announced in early February its search for a strategic partner to tap wind power in the Baltic Sea, Renewables Now sat down with Darius Maikstenas, Chairman of the Board and CEO of Lietuvos Energija, to catch up with the developments.

Q: Why did LE get interested in offshore wind projects with no respective legislation available yet?

A: Legislation defining the main principles of offshore wind development in the Lithuanian economic zone has been adopted by the Lithuanian parliament in June 2018. Therefore, considering the complexity and timeline of offshore wind projects, we have started looking for a potential partnership with sufficient time to prepare for upcoming developments in Lithuania. Our main objective at this stage is to gain the necessary experience in offshore wind energy development and operations before we start such activities in the Baltic Sea.

Q: Lithuania's Energy Ministry says that tenders for offshore wind farms in the Baltic Sea could be announced in 2021-2022. But don’t you think Lithuania’s policy on offshore wind projects after 2020, when a new composition legislature Seimas will be elected, remains to be up to guesses?

A: As has been mentioned above, the main legislation for offshore wind farms development was adopted in June 2018, stating that any developments in the Baltic Sea will happen after the Lithuanian government conducts the necessary preparatory works needed to launch the aforementioned tenders. During these investigations, the exact size of offshore wind capacities should be clarified.

It is worth noting that in Lithuania’s National Energy Independence Strategy (LEIS) there is a target to reach a 45% share of renewables in the country’s electricity consumption balance and a 70% share of in-country electricity production. Lithuania has a long history and good track record of respecting its legislation as well as enabling the development of large-scale energy projects. Since offshore wind energy is a part of Lithuania’s National Energy Independence Strategy, we believe the development of offshore wind projects will follow a similar path.

Q: What do you believe is the offshore wind potential in the Baltic Sea? Can you point to any particular study in this regard?

A: The potential size of offshore wind capacities will very much depend on the available technologies and information as well as site characteristics yet to be discovered before the announcement of the tenders. Taking into the consideration economic zones of the surrounding countries, the overall long-term offshore wind energy potential in the Baltic Sea may reach tens of gigawatts.

Q: What major legislative and environmental hurdles need to be removed to encpurage companies to tap Baltic Sea wind power?

A: Going offshore is a complex step-by-step journey that should be supported by political will, the authorities and the transmission grid operator. It should also be aligned with the Lithuanian energy strategy.

The Lithuanian government has to complete a set of studies in preparation for offshore development, including a special plan, strategic environmental assessment of the special plan, environmental and public health impact assessments, a grid connection feasibility study, and a power output balancing assessment. The list includes also other related studies, such as a cost-benefit analysis.

Q: What do you believe Lithuania ought to learn from Estonia, which, in terms of developing offshore projects, is seen as the most advanced Baltic nation?

A: As far as we know, there are still some discussions going on regarding the offshore wind legislation in Estonia. Therefore, it is still to be seen what can be learned from our Estonian colleagues. We believe that consistent work brings proper results.

Q: Lietuvos Energija has announced it is looking for a strategic partner for wind farm projects in the Baltic Sea. What are your prerequisites for bidders to be considered for the position?

A: We look for cooperation with well-known offshore wind companies, having a proven track-record in managing large-scale offshore wind projects, preferably in the European Economic Area. This is determined by the basic objectives of the partnership: during the first phase, we expect to gather relevant technical and project-management know-how as well as learn from the best practices in offshore wind farm development. We need a partner which could provide us with this type of expertise as well as contribute to joint offshore wind energy projects in Lithuania at a later stage.

Q: What is the deadline for application submissions?

Q: Would you rather prefer companies with state participation rather than 100% private wind power developers?

A: We expect the announced EOI will attract both private and state-owned companies, having the relevant experience in developing offshore wind energy projects.

Q: LE seeks to operate 400 MW of green energy capacity in the Baltic States and Poland by 2020 and your company plans to invest in renewables EUR 6 billion over the next 12 years. Is that feasible?

A: EUR 6 billion is the total amount of investments. The forecast investments into green generation capacity may reach up to EUR 2.7 billion, and we expect the group‘s installed green generation capacity to be around 3,000 MW by the end of 2030. Green energy should account for up to 50% of the group’s total EBITDA, a huge contribution in terms of stable return we aim to provide to Lithuania.

Considering the renewable energy market growth pace in neighbouring countries and around the globe, as well as the technology breakthroughs in the recent decade, we believe the target is feasible.

Q: How do you objectively assess your ranking against Estonia’s Eesti Energia, your main rival in the Baltic region? Where do you believe you hold a competitive edge over it? And where are you lagging behind?

A: We believe all the companies in the Baltic States have their niche. Lietuvos Energija operates in the open market of the Baltic States and so far has been quite successful in carrying out its objectives. We prefer not to benchmark directly, but to focus on the long-term goals and strategy, going for the global market and competition.

Lietuvos Energija group is currently developing three large-scale renewable energy projects in Lithuania and is actively looking for various projects around the Baltic region. We have been quite successful in building up our financial capacity, acquiring a BBB+ rating – the highest among the Baltic States and one the highest in the CEE region, which can now be funnelled towards green energy development. Unfortunately, other companies in the region still hold substantial oil shale and coal capacities that inevitably will have to be decommissioned, bringing substantial social as well as financial costs in the process.

A: We bought 76 MW in total in the Baltic States and also some additional active projects allowing further development. At the moment, the focus in Lithuania is drifting to wind energy projects’ development vs acquisition of generating assets.

Q: You have made attempts to enter the Polish wind market too. Can you tell us more?

A: We have been actively looking at the Polish market, where we have been operating our wholesale energy trading business for the last two years.

Q: Which of the Baltic States, I mean Lithuania, Latvia, Estonia and Poland, do you believe has the most attractive and promising wind power sector?

A: We do not have priorities in this case. In any of these markets, we would seek to develop projects that provide sufficient return to our shareholders. Unlike other national energy producers in the Baltic States, we do not aim to hold a dominant position in energy generation in our home market, where we currently produce less than 50% of all the generated power. We feel having a dominant position in green energy development or overall power generation could harm market competitiveness and, in the long run, have a detrimental effect on our operations.

Linas Jegelevicius is editor-in-chief of The Baltic Times newspaper, author of three books and an active freelance journalist. Apart from the domestic market, he is also following the energy developments in all Baltic states and Russia.