INTERVIEW - In time, everyone is going to want green hydrogen, Plug's CEO says 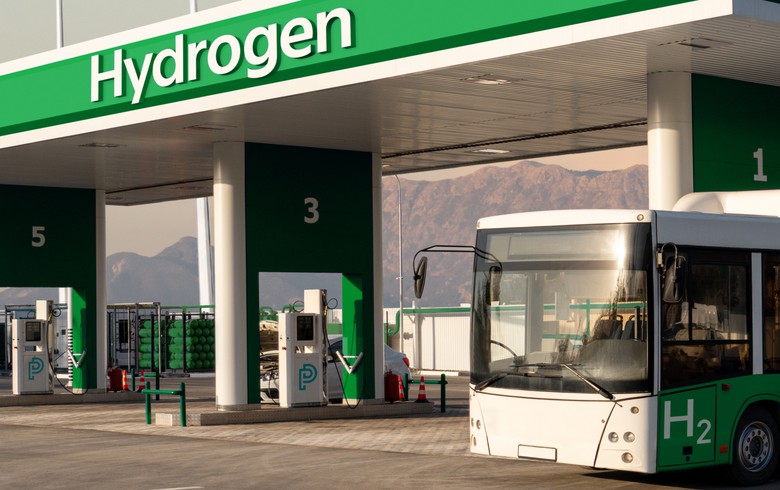 August 2 (Renewables Now) - Europe, which is desperately trying to get away from Russian natural gas and achieve energy independence, is unlikely to reach its carbon reduction targets without relying on hydrogen, especially green hydrogen, according to one of the leaders in the sector.

“This is just not going to be possible,” says Andy Marsh, the president and CEO of sector major Plug Power Inc (NASDAQ:PLUG). Marsh spoke to Renewables Now about the industry and green hydrogen’s rapid growth, Plug’s strategy and targets, as well as offtake contracts and policy preferences.

In May, Germany, Denmark, Belgium and the Netherlands pledged to reach at least 65 GW of offshore wind capacity by 2030 and then more than double this to at least 150 GW by 2050.

“When you think about how you move wind power from Northern Denmark into Central Europe, hydrogen pipelines are the most effective way to do it. The cost is about 50% less to move the same level of energy,” Marsh said. He also believes that only hydrogen can reduce the carbon dioxide (CO2) footprint of both mobility and industrial applications, which are exactly the same.

The war in Ukraine, he said, is accelerating the interest in and demand for hydrogen, and in Plug’s offerings for that matter. “We’ve seen that demand doubled since the war in Ukraine started.”

BUILDING A HYDROGEN LEADER FROM SCRATCH

Marsh has been leading Plug since April 2008, when the company’s business revolved around the sale of motive and backup power solutions as well as fuel cell systems. Today, Plug is a vertically integrated business that covers all aspects of the hydrogen value chain, from the development, manufacture and supply of fuel cell-based solutions and electrolysers, to the establishment of fuel station networks, to green hydrogen production.

Over the past three months, the company booked the world’s largest electrolyser supply contract in Denmark, signed a 30-year concession deal to deploy a 100-MW electrolyser at the Port of Antwerp-Bruges in Belgium and joined an industrial consortium to build the first green iron plant in France. In the US, the company is working to establish a nationwide network of plants with a green hydrogen production capacity of 500 tonnes per day.

THE FUTURE OF HYDROGEN OFFTAKE

Building its own portfolio of green hydrogen plants means that the company is adding a new revenue-generating pillar to its business – offtake contracts with industrial and commercial customers.

In April 2022, Plug announced the signing of one of the first such agreements for the company in the US. Walmart Inc has contracted Plug to deliver up to 20 tonnes per day of liquid green hydrogen so that the retailer can power up to 9,500 lift trucks across distribution and fulfilment centres.

“We have the agreement with Walmart. We have other agreements under negotiation. So, I think that over the coming four-five months you’re going to see more announcements for green hydrogen sales,” Marsh pointed out.

“I think that the structure will look very similar for the offtake agreements for like solar. The timespans will be [shorter] because the producers don’t want to be tied up for as long as a solar provider who is connected directly to the grid all the time. You know, if you can move hydrogen in liquid and gaseous form or even putting it into the pipeline, you actually want to keep some flexibility to be able to make more profit based on what market price it is. So, when I think about one of our typical plants, we will probably sign up about 70% on PPAs but the remainder we would sell to the open market and I think that is a bit different than solar.”

On the financing side, he compared green hydrogen offtake to solar in 2009. “The cost of capital is going to be higher than solar is today since it is viewed as a much more mature technology, so that’s probably the biggest difference that you’ll see,” the CEO added.

Plug will use its liquid transport fleet, enabled by its recent acquisition of Applied Cryo Technologies, to deliver the green fuel to Walmart.

“We prefer liquid,” Marsh said when asked about Plug’s preferred method of storing hydrogen. “The reason why we’re primarily focused on liquid is because most of our activities [...] over the past 15 years have been in the US and with the long distances in the US, liquids are the only practical way to move hydrogen. For shorter distances we do move hydrogen in high-pressure hydrogen storage in gaseous form.”

As per moving the fuel from one point to another, Plug’s preference is to use pipelines. Earlier in July, the company’s CEO himself testified in front of the US Senate Committee on Energy and Natural Resources to discuss deployments of hydrogen pipelines in the US.

In addition to its business in North America, Plug has projects and activities in Europe, as well as in Australia and South Korea. Outside of those regions, Marsh pointed at Chile which he described as “a very attractive country because of the availability of low-cost solar.” The company has an existing project there and is holding talks with different firms in the Latin American country to build electrolysers. “Ultimately, Chile is looking at green ammonia to transport hydrogen internationally. So, Chile is certainly a target.”

In Africa, Plug is gearing up to demonstrate at COP27 in Cairo, while in Eastern Europe the company has an electrolyser project under development with Hungary’s Mol Plc that can expand and grow rapidly. Marsh admitted that he even held talks with Ukraine before the war broke out.

Mergers and acquisitions can complement organic growth and Marsh said that the company has established a whole group that looks at potential M&A transactions. Over the last three years, Plug has bought five companies, one of them in Europe. Now, it is particularly attracted by targets in the application space.

Plug is targeting USD 3 billion of revenues by 2025 and according to Marsh, the current geopolitical situation strongly supports achieving that goal. “The risk profile is much lower because, you know, the demand for energy independence is so much stronger now.”

When it comes to policies, Marsh views Europe as more understanding in that regard. HYVIA, a joint hydrogen mobility project in France between Plug and carmaker Renault SA, just recently got clearance from the European Commission to obtain state aid. Plug’s CEO gave this as an example of Europe’s support for the sector.

“I prefer an approach where the tax code is leveraged to reduce the cost of fuel cells and hydrogen. Here in the US there still remains a big push for a production tax credit for green hydrogen as well as a credit for fuel cells. I think tax credit regime where decisions are made more by open markets, I think accelerates deployments more rapidly.”

“Plug’s been doing this for 25 years. We have had more experience than anyone actually building fuel cells. We’ve built 60,000 fuel cells which are used in 24/7 applications. We’ve built 185 fuelling stations. I always like to say that while a lot of people talk, we are actually building the things we talk about and no one has built as many plants as us this quickly,” Marsh stated.