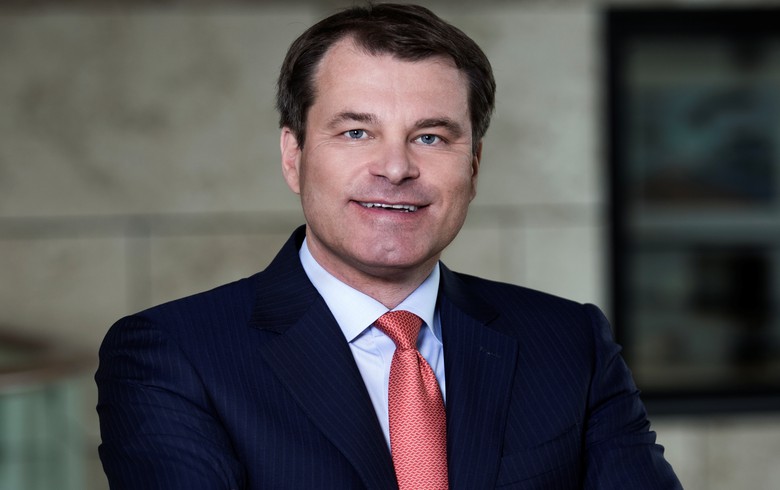 PRISTINA (Kosovo), November 26 (SeeNews) – The European Bank for Reconstruction and Development (EBRD) is suggesting that Kosovo authorities set up a central unit dealing with the implementation of projects already signed in order to accelerate the process, a senior EBRD official told SeeNews.

“We have signed a few large infrastructure projects in 2015 but they are not implemented yet,” EBRD first vice-president Jurgen Rigterink said in an interview with SeeNews during his official visit to Kosovo last week.

During meetings with prime minister Ramush Haradinaj, finance minister Bedri Hamza, minister of infrastructure Pal Lekaj and minister of economic development Valdrin Lluka, Rigterink said that the EBRD wants to make sure that the people who will be put in that unit will have the capacity and the capability to make things happen faster.

"We would like to help bring knowledge to the country in order that when we sign something, it will lead faster to the implementation of the project,” Rigterink explained.

He also said that EBRD has just finished a deep analysis on Kosovo to identify the needs of the country and see what and where the lender can do more.

"We believe that in the upcoming three years, we can get the financing from 50 million euro ($56.7 million) [expected in 2018] to maybe 100 million euro. This is quite a tremendous step-up,” Rigterink noted.

EBRD’s priorities in Kosovo include support to the private sector, financing of large infrastructure projects, as well as energy efficiency and municipal-level projects.

The EBRD received on November 20 a request from the Kosovo government to support the project for construction of Pristina inner ring road, Rigterink said.

“That would be typically something where EBRD could play a leading role,” he said, adding that although EBRD is originally a private sector bank, it has an important role to play in financing large infrastructure gaps, particularly in a country like Kosovo.

EBRD is also committed to partner up with some of Kosovo banks to help provide financing of small and medium enterprises (SMEs).

“In the upcoming months, the EBRD will sign up to 25 million euro in SME financing with a few of the leading banks in Kosovo so that they can on-lend this money to SMEs,” Rigterink noted, adding that the bank will also continue lending directly to SMEs in specific cases focused more on the medium-sized enterprises.

Also, EBRD has expressed interest in providing assistance to the privatization process in Kosovo.

“We would love to see if some of Kosovo’s state-owned enterprises can be restructured and privatized and we can play a role,” Rigterink noted, adding that an idea already discussed for quite some time is the privatization of Kosovo Telecom.

“In general in the telecom industry, privately managed companies tend to do even better than the non-privately managed. So, I think this would be one of the solutions which Kosovo is looking for,” he added.

Asked about the project for construction of Kosova e Re coal-fired power plant, Rigterink said the EBRD has not been approached by prospective investors and has not been part of the discussion for that project.

However, he noted that EBRD shareholders are due to vote next month on a new energy strategy for the bank that will rule out support for coal-fired power plants.

There are several reasons to support the new strategy, for example the climate change agenda and energy diversification, Rigterink said.

EBRD is planning to support a few projects in solar and wind in Kosovo, Rigterink said, adding that the bank believes these projects might be signed in the next six months.

“This helps also whatever the government decides on Kosova e Re power plant. This helps the energy diversification. As a country, Kosovo wants to make the move toward renewable energy at a certain point in time. If we can do this in an economical way, this is a good economical project and we will do it,” the EBRD first vice-president noted.

In December 2017, Kosovo's government signed an agreement with ContourGlobal to launch the construction of Kosova e Re. The new power plant will be operational by 2023 and is expected to cost around 1.3 billion euro, Kosovo's economy and development ministry said at the time. The life span of the future power plant is estimated at 40 years.

The plant will replace the 40-year-old Kosovo A plant and is seen by the government as the only solution to the country's chronic air pollution and unreliable power supplies.

EBRD also considers municipal financing to be of great importance for Kosovo.

“At the beginning of this year, we signed a 100 million euro framework where we can finance projects in cities,” Rigterink noted, adding that the EBRD will come up very soon with a project for a larger wastewater management plant in Gjilan.

On November 20, EBRD welcomed the city of Pristina to its Green City framework.

“We have identified the first concrete projects with the city of Pristina. The energy efficiency for municipal buildings, the project amounts to around 5-6 million euro,” Rigterink said.

To date, the EBRD has invested almost 350 million euro in over 60 projects in Kosovo.

“The vast majority of the projects are in the private sector, but in terms of amounts of money, it is a lot in the public sector because of the large infrastructure gap present there,” Rigterink added.

Efforts towards regional integration are not only an explicit requirement by the EU to all EU-aspirant countries. The small economies of the Western Balkan region can be attractive to foreign investors and competitive through regional integration and the region’s stability and economic prospects depend critically on its ability to develop infrastructure connectivity, the EBRD deputy director for governance and political affairs, Oleg Levitin, told SeeNews, speaking alongside Rigterink.

“EBRD has participated, alongside the EU and other IFIs, in funding all major regional corridors – from north-south Corridor X to west-east Corridor VIII connecting Albania, Macedonia and Bulgaria. In Kosovo, we are currently helping the rehabilitation of the railway that connects it with Macedonia,” Levitin noted.

The EBRD is also focused on helping create a single investment space in the Western Balkans, as contribution to the concept of Regional Economic Area, championed by the EU and endorsed by the regional leaders at their summit in Trieste in 2017. The concept includes harmonization of legislation in the countries of the Western Balkans and with the EU in order for the region to become more attractive for foreign investors, removing non-tariff barriers and promoting digital economy.

EBRD is a strong supporter of regional cooperation, Levitin added. “One example of this cooperation is the Western Balkans Six process. In February 2014, for the first time in history, the EBRD brought together six PMs of the region, including Kosovo, in its headquarters in London and now we are doing so through Western Balkans investment summits in EBRD every two years.”