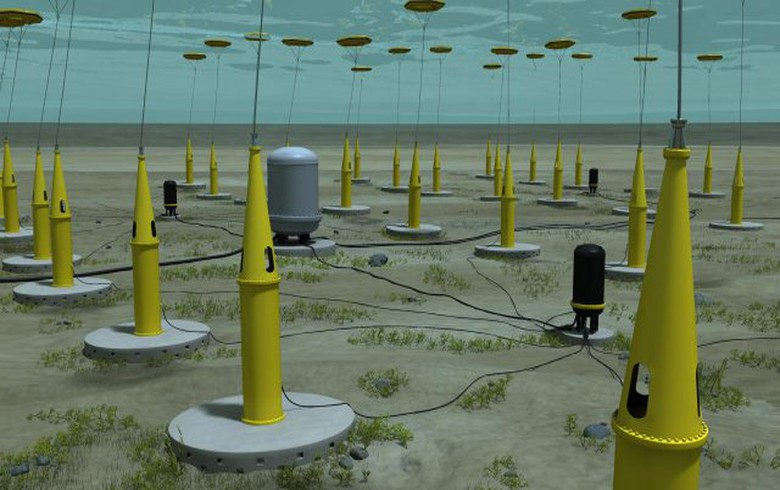 This is a guest article by Laurent Albert, CEO of wave energy company Seabased, explaining the concept of Hybrid Optimal Energy Mix (HOME).

October 19 (Renewables Now) - It is time to redesign our energy strategy. And the very same nature that created an impressive energy palette with sun, wind, water and more can show us how to do it.

Today, only 9% of the energy that powers grids worldwide comes from variable renewable energy (VRE) sources like sun and wind. Because of their intermittent nature, VREs are still considered a costly add-on to the “normal” grid. Even with the existential crisis of climate change, renewable technology investment is often treated as a luxury and decisions are driven by short-term thinking: how many megawatts can I get for my dollar with this technology versus that one?

It is time to take a longer view. Renewables create a challenge because they are variable; the sun sets, the wind stops. But sun and wind are not the only resources. Every point on the globe has multiple natural resources with unique synergies, an interplay between natural elements that balance each other and shape a particular climate, year in and year out. Rather than balancing one renewable resource with fossil fuels, we need to take our cues from nature and build an infrastructure designed around several resources and technologies that can balance one another. At Seabased, a European wave energy company, we call this the Hybrid Optimal Energy Mix: HOME.

The exact recipe for HOME in any given place is based on data--carefully tracking, minute by minute, the amount of potential power generated by various resources over time. Grid operators must provide a baseload of power—enough to meet the demand under normal circumstances. Historically, grid stability becomes a critical issue as soon as a certain percentage of the energy supply (15-20%) originates from intermittent sources. This explains why about 70% of our energy still comes from fossil fuels. So, the Holy Grail of a sustainable renewable energy strategy is to achieve a stable baseload by mitigating this intermittency through a robust, optimal combination of technologies and energy sources. When you track each resource meticulously, you can see at the end of a year how much of that baseload you can expect to derive from each renewable resource – and from the different resources combined.

Think of it as a symphony. Each instrument on its own delivers beautiful music, though with limitations. Flutes don not hit the low notes. Drums don not offer a melody. But when they work in concert--the strings, the brass, the woodwinds, the percussion, perhaps a piano--each doing what it does best, the difference is breathtaking. This is synergy: creating a whole that is more than the sum of the parts. This is what we can achieve by balancing multiple renewables.

For example, today we witness expensive windmills that are only running at a fraction of their capacity due to the intermittency and the corresponding grid limitations. But the right combination of technologies could increase the combined level of stable baseload, enabling each technology to produce at a higher level, mutually enhancing the value of each: the optimal combination of technologies is a tide that lifts all boats.

As head of a wave energy company, I am passionate about this topic. I find it a fascinating and exciting problem to learn to work with the Earth’s energy to create the best scenario based on nature, rather than extract energy in a way that harms Earth, and, ultimately, we who live on it. The tendency to embrace renewables based on their current price point has led to relatively anemic investments in ocean energy, despite the fact that the research shows wave energy could produce enough electricity for all the world’s demand. Ocean waves are more predictable than wind, more constant than sun—being a 24-hour phenomenon. And water’s density—800 times that of wind—makes waves incredibly powerful. Seabased is moving toward certification and commercialization. But, like many in the sector, we struggle against a pervasive notion that there are “enough” renewable technologies out there. We beg to differ.

If countries hope to reach their renewable goals, wean themselves off fossil fuels, and reduce their carbon output, they will need to be able to lean on all their resources. The technology will always evolve; the resources are relatively constant. The enlightened approach would be to make investments in technology that capitalize on those resources.

Bermuda at HOME: A case study

We have been working with the island of Bermuda, which, like most other islands, is entirely dependent on imported fossil fuels. Per capita, residents of Bermuda pay about three times what residents of their neighbour, the United States, pay for electricity.

Bermuda is 21 miles long and two miles wide, at its widest point. No one on Bermuda is ever more than five minutes away from the ocean, which is probably one of the reasons why, during non-pandemic times, the island attracts nearly 700,000 visitors per year. Bermuda has ample sunshine, wind, and waves, but the island also has constraints on how much it can capitalize on these resources. There is not enough available land for large wind or solar farms. So the country determined they would only be likely to derive a small amount of power from solar. And, any energy source offshore must be sufficiently invisible that it does not detract from ocean vistas.

Given these parameters, and using minute-to-minute sun, wind, and wave data in Bermuda, collected over a full year, engineers from Seabased have calculated Bermudians’ HOME. By plotting the power output of each resource on a graph, and cross-referencing it against another graph that plots variability of power produced by wind and wave, Seabased’s engineers concluded that Bermuda’s HOME would be found by supplementing the 6% of solar power with 28% wind energy and 66% wave energy. As exciting as this favourable data is for wave, we’re not quite ready for it yet – though Seabased is on track for providing competitive utility-scale solutions like this in the near future.

The point is that looking at HOME tells us which mix of renewable technologies would benefit us most if they were available, and hence which are worthy of investment today, because the win – both commercial and environmental – will be enormous when we roll them out.

The calculations for Bermuda were based on that island’s distinct geography, landmass, and access to a powerful wave climate, etc. Other climates will have a different HOME.

Ireland, for example, has wood, water, wind, wave and some wastes as key renewable energy sources. Its wave climate is dynamic, with waves up to three meters average on the West Coast and from one to two meters in the Irish Sea. In addition, there are only about 1,400 hours of sunlight per year—averaging less than four hours a day. Some inland places average fewer than two windy days a year, while northern coastal locations may have more than 50.

After plotting the resource’s potential power output, communities must explore and consider the possible constraints of land and/or water use. Finally, they will be able to calculate which renewable hybrid mix will produce the most stable power to the respective community; they will know their HOME. Donegal will likely have a different HOME than Galway Bay or Cork. However, the natural energy resources for each of these locations are consistent over time.

Our 21st century data collection and analysis tools give us a powerful new window into how the Earth’s resources work, separately and in tandem. With these tools, we can make precise decisions, with small margins, that can drive in significant value and benefits to our society. Over time, our technology and the way we use power will change. What will remain relatively constant—even with climate change—is the resources that make up the environment in our communities. We must design our renewable architecture based on an optimal mix of the resources themselves.

Building the renewable energy world for 2050 starts at HOME.

Laurent is CEO of wave energy company Seabased AB. Before that he has held senior executive positions in Europe and Asia in both high-end tech and marine renewables.