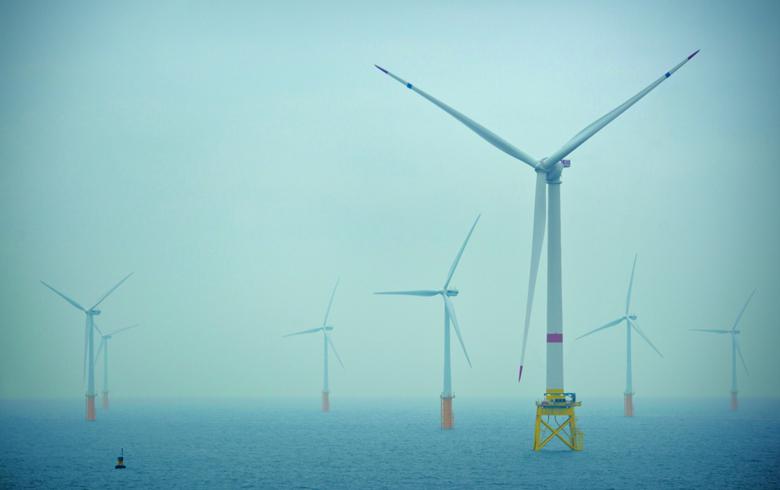 April 16 (Renewables Now) - GE Renewable Energy has given up its right to be the exclusive turbine supplier for two French offshore wind projects and thus paved the way for Siemens Gamesa Renewable Energy SA (BME:SGRE) to secure almost a gigawatt of orders.

The renewables arm of US conglomerate General Electric Co (NYSE:GE) was previously chosen to supply and service Haliade 150-6MW turbines for the three projects developed by Eolien Maritime France (EMF) off Courseulles-sur-Mer (450 MW), Saint-Nazaire (480 MW) and Fécamp (498 MW). EMF, a joint venture between EDF Renouvelables and Canada-based Enbridge Inc (TSE:ENB), was awarded these projects in April 2012 by the French government.

GE Renewable Energy said in a statement today that it has entered into a memorandum of understanding (MoU) with the developers that outlines the turbine supplier’s decision to equip just the first of the three projects. The schemes are currently undergoing jurisdictional proceedings as appeals have been lodged against the administrative authorisations required for their implementation. EMF expects the court decisions to be issued soon.

The GE unit explained its decision to abandon its commitment to two of the projects with the cumulative excessive delays, which have “significantly impacted the financial characteristics of those projects for GE Renewable Energy”. The company added that it has decided to mobilise additional resources for the development and commercialisation of its new Haliade-X 12MW turbine model.

To serve the three EMF projects, GE Renewable Energy established a dedicated engineering office in Nantes and built a manufacturing plant in Saint-Nazaire. These two facilities have enabled the company to produce already more than 80 turbines for other offshore wind farms in Europe, Asia and North America, it noted.

Meanwhile, EMF has quickly found a new supplier for the remaining two projects. Siemens Gamesa has signed a framework agreement with the developer for the supply of up to 1,000 MW of is SWT-7.0-154 DD turbines. The contract is subject to a final investment decision by EMF. A future service contract of up to 15 years is included in the framework agreement.

Siemens Gamesa said it will fabricate the turbines at the planned industrial manufacturing facility in the Port of Le Havre.