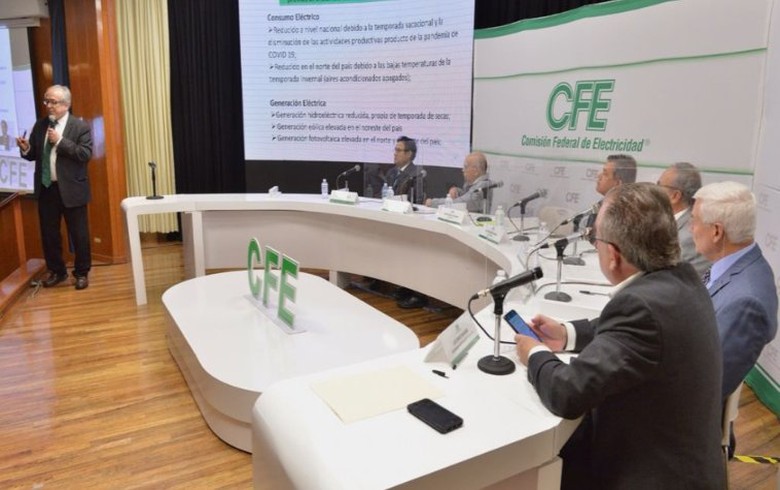 July 6 (Renewables Now) - An independent expert review has found that the nearly two-hour blackout in Mexico on December 28, 2020, was caused by a fire and aggravated by the high penetration of intermittent renewables on the grid, Mexican state-owned utility Comision Federal de Electricidad (CFE) has said.

A six-member panel of experts on Monday presented its report at the CFE, confirming the utility’s version of events that led to a power outage that left more than 10 million consumers without electricity during the holiday season.

The expert team was led by Ricardo Octavio Mota Palomino, a PhD in electrical engineering and a former employee of the CFE, according to his biography released by his university, the National Polytechnic Institute of Mexico (IPN).

In the CFE’s press release, the utility said the experts had found that a fire between two substations in the north-eastern state of Tamaulipas triggered a ground fault, which was the root cause of the outage.

“[T]here was a garbage dump [in the area] from the communities that live nearby. There was a fire that produces a column of hot air that ionizes and produces a discharge when it comes into contact with the transmission line”, Mota Palomino was quoted as saying.

While initially protection systems operated correctly, the expert proceeded to explain, various other conditions led to the instability of the national transmission network and the shutdown of six power lines. One of these conditions was an over-saturation of renewables in the grid.

"Despite being the holiday season, the transmission lines were operating at full load to evacuate the intermittent energy that was being produced in the north of the country," Mota Palomino said, siding with the CFE, which in January said the share of wind and solar on the grid was too high for the low demand at the end of year.

Part of the blame for the outage was leveled at Spanish renewables and infrastructure group Acciona SA (BME:ANA), which was said to be attempting to connect its San Carlos wind farm to a line that failed.

“The experts found irregularities in the interconnection of the San Carlos wind farm”, the CFE added, “said park was improperly connected at a critical time for the national electricity system, which worsened the situation caused by transmission lines going out of service”.

The incorporation of new renewable energy plants that produce power from intermittent sources undermined the safety of the grid, concluded Mota Palomino, as related by the CFE. To date, 153 generating plants have been incorporated, each one chipping away at the security of the transmission and distribution networks, according to the utility.

The expert team further concluded that Mexico’s current electricity dispatch order is based on economic merit, when it should be based on an economic dispatch but without threatening the network security, as international good practices dictate, the CFE added.