Corporate PPAs – Powering ahead in Taiwan 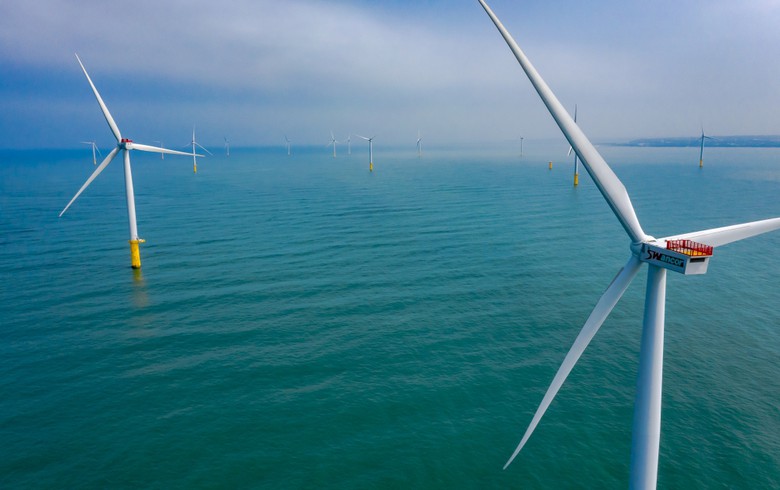 The Formosa I offshore wind park in Taiwan. Source: Swancor

Renewables Now is republishing an article co-authored by law firms Watson Farley & Williams and Lee & Li. You can find the original here.

September 24 (Renewables Now) - The corporate power purchase agreement (CPPA) is a well-known offtake instrument in both the European and American power markets. By contrast, in many Asian jurisdictions, the sole offtaker available for power projects is often a government entity, which results in largely non-negotiable power purchase agreements (PPAs) and prevents corporate offtake. This approach, however, is beginning to change and governments are fostering the creation of open offtake markets. This is being welcomed by power producers and corporate offtakers alike.

In 2017, Taiwan’s Electricity Act was amended to allow the sale of renewable energy power direct to end users. Prior to the liberalisation of the energy market, only Taiwan Power Company (TPC) was permitted to be an electricity retailer. The CPPA market has seen significant growth since 2017, as underlined by the recent signing of the world’s largest (920 MW) CPPA between Ørsted and Taiwan Semiconductor Manufacturing Company (TSMC). This transaction highlights the potential of the CPPA as a mechanism to enable companies to meet their green energy targets and secure fixed energy prices, whilst allowing renewable energy generators an alternative route to market. The commercial advantages are supported and accelerated by Taiwanese policy initiatives, making CPPAs an attractive option for both large and small scale generators.

Despite the dampening effects of the Covid-19 pandemic, the key drivers for corporates to enter into CPPAs in Taiwan remain strong. In particular, consumer facing companies with high energy demand are focussing on renewable energy CPPAs as a way to meet their green commitments – for example, Google signed a CPPA in January 2019 for 10 MW, whilst TSMC is a major supplier for Apple (both Apple and Google are signatories to the RE100 commitment). Taiwan’s renewable energy demand also remains strong, with Taiwan setting an ambitious renewable energy target of 27 GW of renewable power by 2025, with the Ministry of Economic Affairs (MOEA) targeting 5.5 GW of offshore wind power, 20 GW of solar power and 2.08 GW of hydroelectricity and biogas.

Since the amendment of the Electricity Act in 2017, Taiwan has introduced a number of initiatives through amendments to the Renewable Energy Development Act (REDA) to boost renewable energy production. The policies which impact CPPAs are primarily:

- the addition of legislation allowing renewable energy producers optionality to sell their electricity via a CPPA (through Direct Supply (as defined below), or via a wheeling agreement with TPC) or export to the grid via a PPA signed with TPC;

- regulations requiring (i) government entities and schools to prioritise renewable energy generation facilities when building new structures (to the extent that the technical requirements can be met); (ii) the lease term for use of public land for the construction and operation of renewable energy generation facilities or cables not to be shorter than the term of the electricity business license obtained by a power producer; and (iii) a requirement for high energy consumers to install a certain capacity of renewable generation or storage facilities, or alternatively, to purchase T-RECs (see below) or pay a delinquency payment as an alternative; and

Certain cities and counties have also developed their own regulations requiring renewable energy generation, so this should also be considered on a local basis.

From a generator’s perspective, perhaps the most significant amendment to the REDA is the flexibility of the three options as to the form of PPA:

- This involves a CPPA executed with an end user where the power generation is connected directly to the end-user and as such connection with TPC’s grid is not required (Direct Supply).

- In addition to Direct Supply, a renewable energy project company may sell renewable energy to end users through wheeling services provided by TPC (including the transmission of power through the TPC grid). The power producer will need to apply to TPC to enter into a power wheeling agreement for the wheeling services. In practice, the terms of the power wheeling agreement are generally not negotiable.

3. Wholesale to TPC using a non-negotiable form of PPA

- Under the Electricity Act and the REDA, a renewable energy power producer may sell power to TPC by entering into a PPA with TPC under a feed-in tariff scheme.

- In practice, TPC’s model PPA is generally non-negotiable (though will differ between generation type). The template form of a TPC PPA will specify (amongst other things) the installed capacity, tariff, purchased capacity and term of the PPA. The term of a PPA for renewable energy is usually 20 years from synchronisation date (which should be the date where the generation facilities first connect to TPC’s grid).

This is a significant advantage for renewable energy projects and may help mitigate offtaker credit risk. With TPC backing up a CPPA, in the event the CPPA is terminated, the power could be sold to TPC after the PPA is signed with TPC. The renewable energy generator would still be able to benefit from the feed-in-tariff rate based on the date of initial power supply pursuant to the REDA.

The recent Ørsted TSMC CPPA emphasises the ongoing commercial attractiveness of CPPAs whilst the legislative framework for CPPAs has capitalised on the move towards green power and created commercial incentive for stakeholders to participate in this alternative route to market – for this reason we expect CPPAs to continue to thrive in Taiwan.

This article has been co-authored by Watson Farley & Williams LLP (WFW) and Lee & Li (L&L). WFW and L&L have worked closely on previous Taiwan renewable projects, recently acting as lenders’ counsel on the Changfang and Xidao offshore wind farm project and also advising DBS on the financing of a 70.2 MW solar energy facility with a corporate offtaker.

WFW are an international law firm specialising in the energy, real estate and transport sectors.