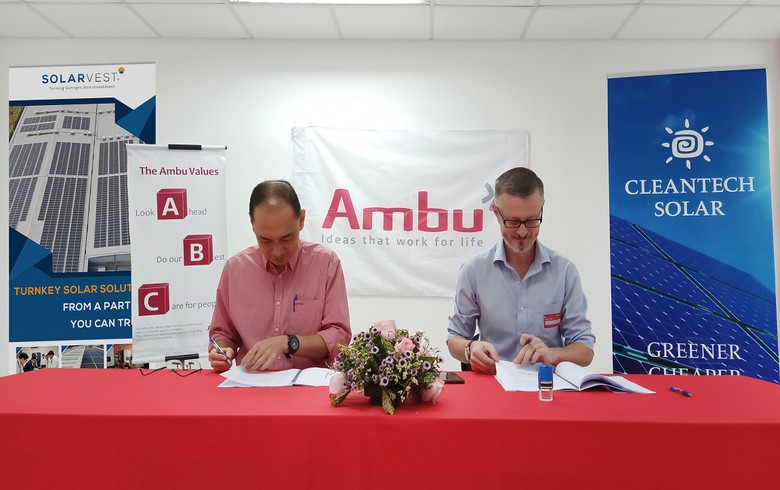 The two companies have signed a long-term power purchase agreement (PPA) that was announced by Cleantech Solar on Tuesday. Under its terms, the Singaporean firm will provide the needed financing for the project and will also design, own and operate the photovoltaic (PV) plant. The installation will be mounted atop the roofs of Ambu’s manufacturing and research and development buildings in Bayan Lepas, Penang state.

The PV array will be installed in partnership with Malaysian solar group Solarvest Holdings Berhad and is slated to begin operations by the middle of this year. Its estimated output of over 23,700 MWh is seen to mitigate 16,400 tonnes of carbon dioxide (CO2) emissions during the contracted period.