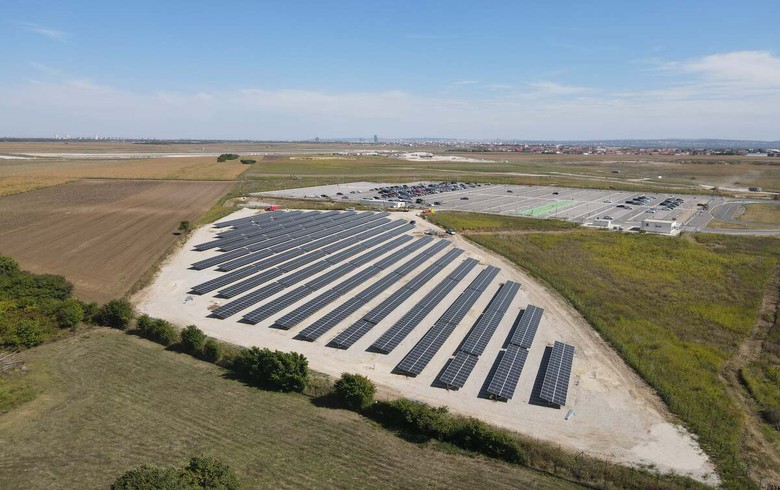 Spreading over a plateau of 15,900 sq m near the airport, the solar plant consists of some 3,000 photovoltaic panels with an installed power of 1 MWp, the company said in a statement published on its website on Monday.

Its annual output is comparable to the annual consumption of about 430 households and its launch is expected to cut the airport’s CO2 emissions by 900 tonnes per year.

"Through sustainable operations, Belgrade airport aim to reach Vinci Airports’ goal of zero net greenhouse gas emissions by 2050. Since 2018, we have been implementing a number of environmental projects such as a natural gas heating plant, solid waste processing plant and wastewater treatment plant. We will continue to operate in a sustainable manner and contribute to a healthier environment," Francois Berisot, CEO of Belgrade Airport, said in the statement.

Vinci Airports took over the management of the Belgrade airport in 2018, after signing a 25-year concession contract with Serbia covering the airport’s financing, operation, maintenance, expansion and modernisation.